For the protection of Persons and Property from Felons & Thieves

A Brief history of the Society

Without much ado, the Salt Hill Society was founded at the Three Tuns Inn, Salt Hill, Slough, one Tuesday in April 1783.

Since that day, members have convened every year - with the exception only of two World Wars. The society can claim to be older than Republican France - and almost as old as the United States of America. To further place things into context: Mozart was just 27 years old; Napoleon, Wordsworth and Wellington were mere teenagers; London had just 900,000 inhabitants and the cost of the society’s first dinner, which included food and wine for 40 members, totalled £5.

The society can also claim to have royal ties. Salt Hill, from which the club takes its name, was the place where Eton boys waylaid travellers to collect 'salt money' - an annual ancient ceremony known as 'Montem', which traces its roots all the way back to the 1400s. As a patron of Eton College, King George III was an enthusiastic supporter of the Montem ceremony, although an excess of unruly behaviour brought the tradition into disrepute and it was abandoned in 1844.

Originally functioning as a personal service to its members - the very first words on the first page of the first minute book read “for protection of persons and property from thieves, vagabonds and footpads.” - the society had support of many local gentry.

Despite this, the Society has served the local community for more than seven generations. Although the earliest members will have greatly relished the fellowship as a means of renewing acquaintanceships, which poor communications may have otherwise rendered lost, it is perhaps even more important in today’s world, where time is increasingly precious and hard to come by.

The Society has been running since 1783. It retained some interesting, if somewhat arcane, rules, such as:-

"THAT the Money so raised shall form a Fund, to be applied and disposed of towards paying the several REWARDS hereinafter mentioned; and defraying all such reasonable Costs, Charges, and Expenses… in advertising, taking, and prosecuting such Person or Persons as shall be (or be strongly suspected to have been) guilty of the Crimes hereinafter specified."

A copy of the complete rules from 1908, showing the membership of the time, can be seen here:

The committee are always looking for members to join them. If this is of interest, please contact the Secretary Philip Astles.

We are always pleased to welcome new members. There are no particular qualification required, other than an interest in the local community. Membership entitles you to attend the AGM, book your own tickets for dinners and obtain them at a cheaper rate than non-members. If you would like to apply for membership of the Salt Hill Society, please download and complete the forms below and return them to the Secretary - Philip Astles. The annual subscription is £10. Please note that your application requires a Proposer and a Seconder. If you do not already know a member of the Salt Hill Society, please contact the Secretary – Philip Astles, who will be happy to help arrange a meeting for you with members of the Committee.

Our 'Next Merry Meeting' 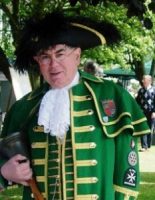 Dick is a 'larger than life' character well known to many in the local community. He has been the Town Crier for Beaconsfield since being elected in 1969 at an event to celebrate the 700th anniversary of the Beaconsfield Fair. Always full of anecdotes and stories, with the Salt Hill Society in mind, Dick will speak about local highwaymen and footpads. 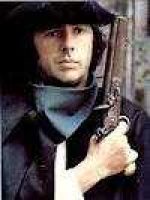 Photo and CV to be inserted 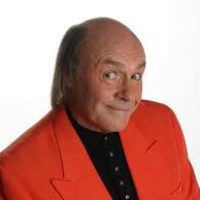 Mick Miller Is an all-round comedian with over 40 years in the business. He has appeared in countless televisions shows such as New Faces, The Comedians, Blankety Blank, the Little and Large Show, the Funny Side, Des O’Connor Tonight and They Think It’s All Over. He also appeared at the Royal variety Show in 2011.

Booking for this year's annual dinner

Tickets can be booked by members of the Salt Hill Society only, using the form below.

In the early years, the society was a rallying point for the voices of local property owners, in the face of foreign planners - namely the 'Town and Country Planners' and the London County Council (L.C.C). But, in the days of no competent police force, its primary function was to combat crime. In its inaugural year, the society distributed compensation to members who had suffered losses through theft, as well as playing an instrumental role in bringing criminals to court. Along with similar other organisations across the country, Salt Hill Society helped increase the pressure for an improved police force.

Total cooperation with the police and the law have been cornerstones of the Salt Hill Society. In 1835 it was agreed any member who had been robbed could call on a Bow Street Runner to apprehend the culprit, while the officer’s expenses were met by the club.

And, if any Salt Hill member feels they are the life and soul of the party, they only need to look back two centuries to be humbled; in 1808, the society was concerned about alcohol expenditure, so came up with the following equation - 36 members sitting down to dinner should be limited to 31 bottles of port and 21 bottles of sherry. But the struggle to combine an orderly meeting with the insobriety of a hearty meal was abandoned in 1856 when the committee decided to hold the meeting before the annual dinner.

Since then, the secretary’s minutes have been far more legible - and much less exciting to read.

Through the decades, the society has continually striven to help the local community; it donated generous sums to local hospitals right up to the founding of the NHS, while funds were invested in war bonds during the World Wars.

In 1983, a pamphlet celebrating the 200th anniversary of the society emphasised the importance of the society’s work with the policy and lawmakers. “The United Kingdom stands along in its confident dependence on an unarmed civil force.” This is perhaps even more relevant today; particularly in light of the scrutiny that police forces across the pond are currently subjected to. The publication continues: “Members of the Salt Hill Society can take immense pride in the part it has played in shaping that destiny” before adding, rather prophetically, “and its role may well still be needed in the future”.

The current president of the Salt Hill Society is Lord Burnham, who succeeded his father in 2010.

The annual dinner of the Salt Hill Society, made up of more than 100 members from a cross-section of the community, includes solicitors, accountants, farmers, retailers, industrialists and others from the world of commerce. It is one of the best social reunions of the year.